Why do I shoot film?

A good friend of mine asked me this question, but it was hard for me to come up with quick answer other than saying, “because it’s cool man!”. Then I thought about that question in depth. Why do I shoot film? I will try and break down my thought process, so here it goes.

Going back to childhood, my dad was actually our family documentarian; I wish I could remember the camera he used, all I know is I was mesmerized by those cool disposable flash bulbs making the loud popping sound and the smell of the magnesium scent after it was fired. Makes me smile just thinking about that! It was a hobby of his and the difficult part to share is that all the images he took ended up in a shoe box rather than placed in photo albums or print on the wall. When I decided to venture into this competitive world of photography, I didn’t know really what I was doing. A lot of photographers can make a decent salary doing this craft for a living, but they are well established and earned that solid reputation over time. I have yet to establish a name for myself, but I’m on my way.

My desire to shoot film in the digital world isn’t to be trendy or hipster but rather an homage to a time that wasn’t that long ago. Maybe it’s me holding on to a piece of my youth in an era to where times were better than they are today; at least that is how I feel. Put it this way, I sure miss driving my 1968 Mustang listening to The English Beat, dropping my film off to the local Fotomat on a sunny SoCal SoCool day, the window rolled down and the wind blowing in my face, not a care in the world. I was even more excited when I picked up my film and prints in one day; it really was worth the wait.

I value the medium as the results don’t quite measure to digital at least for my artistic preference and I love the fact that I can slow down and take a deep breath and try to frame my shot, it’s the slow and methodical process that I love.

On this particular week, I was home for Spring Break last year in April 2017; I took my family on day trip to Baby Beach and Long Beach to do some exploring. I brought my 1954 Rolleicord and loaded with Velvia Film. This is my favorite film for landscape by far! I love the fact; I didn’t use any filters and no Photoshop other than converting to jpg for web use. This was straight out of this analogue camera and I cannot seem to take my eyes off the images, it was a good day that day.

So there you have it in a nutshell. That is why I shoot film. 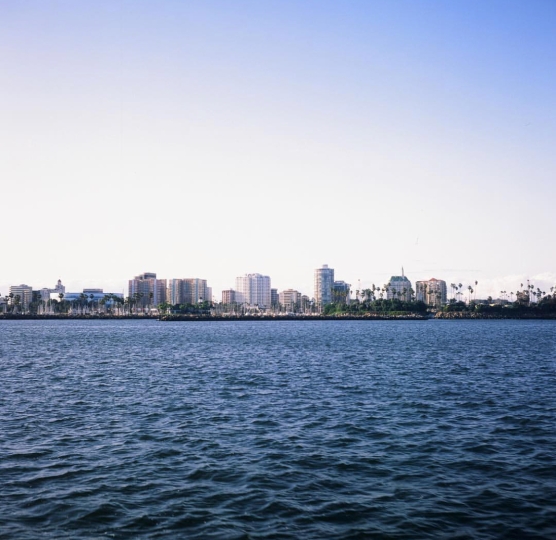 Oh, and if you’re wondering, last year I bought a lot of photo albums for my dad and all the pictures have been removed from the shoe box and placed into those albums and a few frames. All is well.